Students of the Year 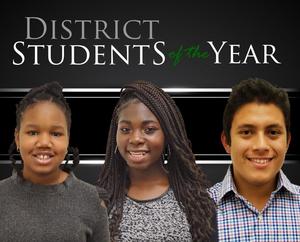 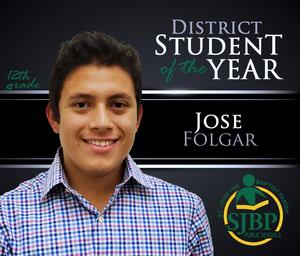 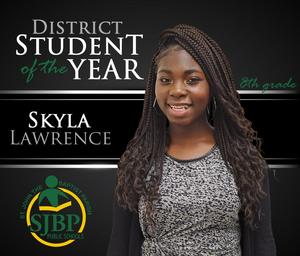 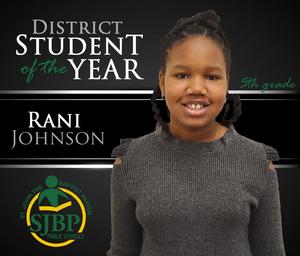 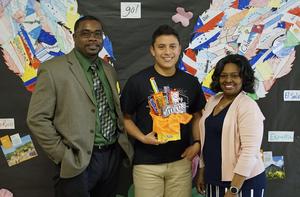 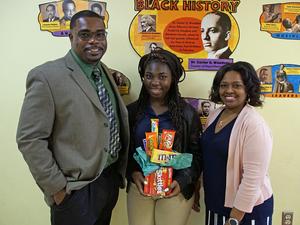 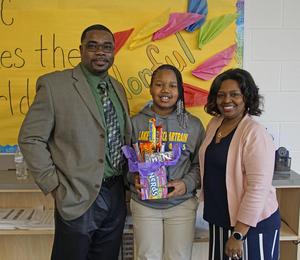 Congratulations to Jose Folgar, Skyla Lawrence and Rani Johnson, our District Students of the Year! Learn more about these outstanding students.

The St. John the Baptist Parish Public School District has named its District Students of the Year for the 2019-20 school year.

Folgar scored a 30 on the ACT as a freshman and has raised that score to a 31. He has a 4.0 GPA, was a College Prep Scholar and National College Match Finalist through Questbridge. He has enrolled in eight dual enrollment classes during high school.

Outside of school, Folgar is an Eagle Scout in Troup 406 and an active member of First Baptist Church of LaPlace.

“Jose Folgar consistently models expectations for superior student performance, athletically and academically,” East St. John High School Principal Christopher Mayes said. “In addition to being a stellar student and star soccer player, Jose participates in multiple extracurricular experiences at school and in the community. His commitment to building his community’s capacity, supporting his peers, and collaborating with our school staff makes him an outstanding model of servant leadership.”

After high school, Folgar plans to attend college to pursue a degree in computer engineering.

She received the Highest GPA Award in first through fourth grades and has also received awards for highest grade in both English Language Arts and math. She has received the Christian Award, the Daniel’s Award, the Musical Achievement Award and the Patrick Taylor Award. She has been a member of Student Council, Book Club, Beta Club and All-Star Cheer.

Lawrence is vice president of the Prodigy Youth Foundation, a nonprofit organization inspiring breakthroughs for youth through effective mentoring, empowerment/educational seminars, and community service projects. Through her involvement with the organization she has participated in Pack My Backpack, putting together gift bags for the homeless and a toy drive for children at Ochsner Medical Center.

Fifth Grade Student of the Year

Rani Johnson is a student at Lake Pontchartrain Elementary School.

She is a straight-A student who has been on the honor roll since first grade. She has won multiple PBIS awards for her positive behavior, has been Student of the Nine Weeks many times and is a member of the Beta Club. She is a DARE graduate and was recognized as a DARE Star Challenge Winner. Johnson loves reading and math and often tutors those who struggle in math.

“Lake Pontchartrain is filled with many exceptional students and Ms. Rani by far exceeds that mark. She is more than deserving of being honored as the District Student of the Year,” Lake Pontchartrain Elementary School Principal Shelly Chauvin said. “Ms. Rani does a fantastic job of staying on task in class, turning in her work in on time, being respectful to both her peers and teachers, and volunteers wherever needed. She is compassionate and kind to others, which truly makes her a delightful young lady. She is a great role model for other students.”

Johnson has played recreational softball with the St John Baby Dolls for the past five years. She loves spending time with her grandparents and cousins and likes to go fishing and on vacations. Her dream is to travel the world and learn about different cultures. She would like to pursue a career in STEM, possibly becoming a mechanical engineer and working for NASA.