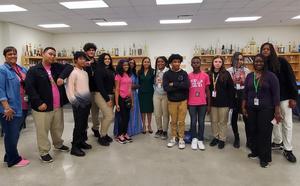 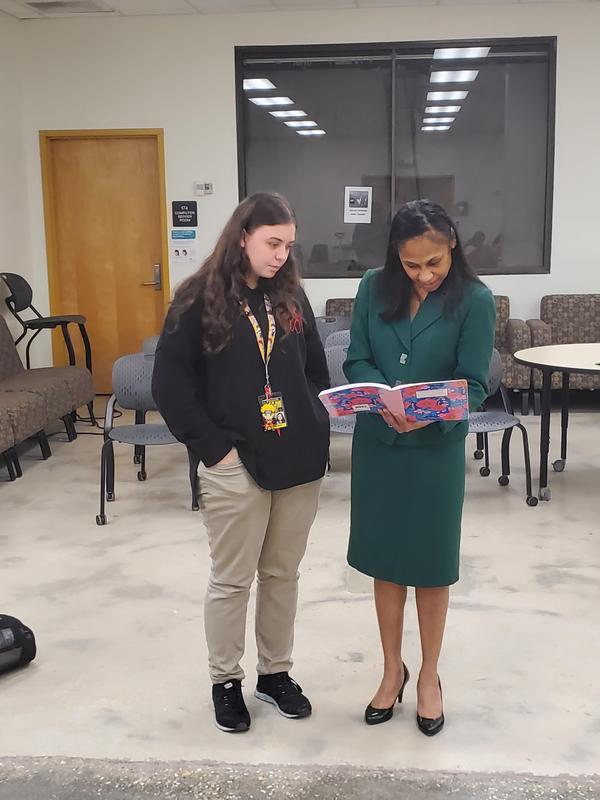 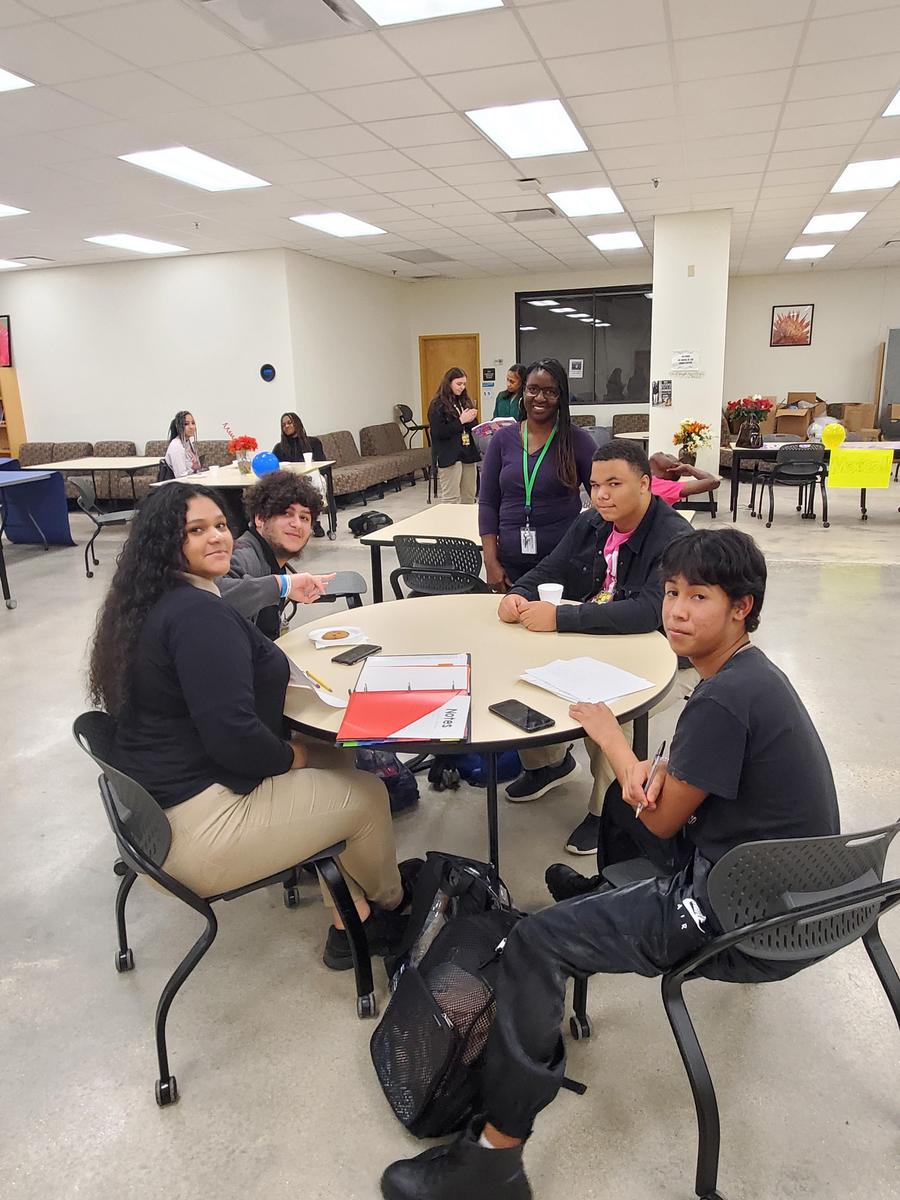 East St. John High's Literary/Film & Production Club would like to thank the Honorable Judge Nghana Lewis for coming out to speak with our students. Her background in the English Department and Africana Studies Program @ Tulane University gave the students a great insight into their journey as future Film directors,  Playwriters, Editors, Authors, and much more. The students shared their current ideas and fictional writings with Judge Nghana Lewis.
We look forward to partnering with Judge Lewis for many future events like the Louisiana Book Festival in Baton Rouge and the New Orleans Shakespeare Festival at Tulane University in January.  The Film and Production Club will be filming and working @ the Hispanic Heritage event on campus as well as many other community events.   If any E.S.J. High student is interested in joining the Literary Club/Film & Production Club, please see sponsors Mrs. Henderson, Mr. Brooks,  Mrs. Craighead, and Mrs. A. James.