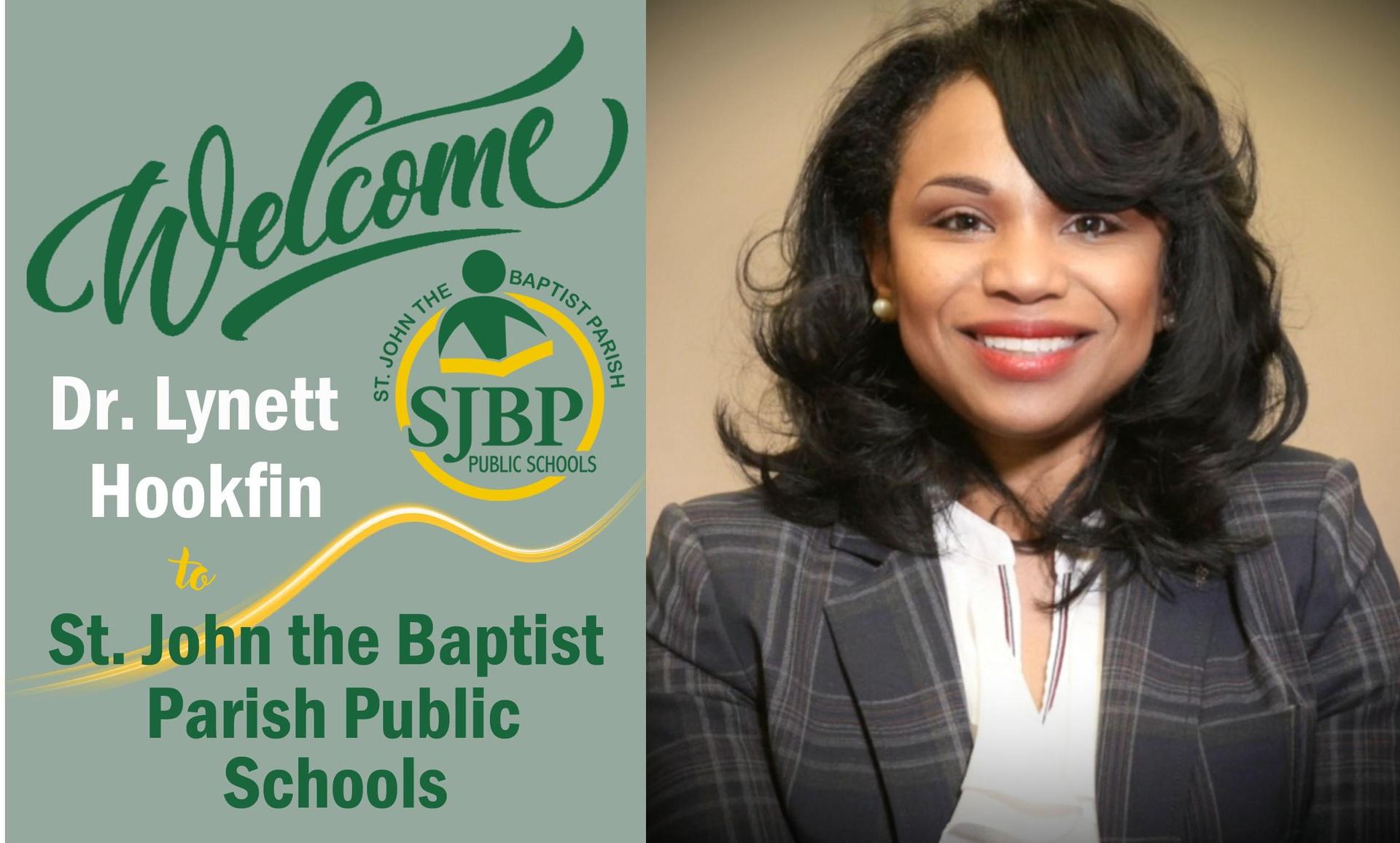 Dr. Lynett Hookfin Named Superintendent
The St. John the Baptist Parish School Board voted at a special meeting on June 25 in favor of naming Dr. Lynett Hookfin as the next superintendent of St. John the Baptist Parish Public Schools.
Dr. Hookfin is a New Orleans native who is currently serving as deputy superintendent of Kansas City, Kansas Public Schools.
“The board voted for change for the interest of education for the students of our district. This new superintendent comes with an impeccable resume and proven results in transforming educational results,” School Board President Patrick Sanders said. “Dr. Hookfin will be a change factor bringing forth a new systematic approach with new skills and a new set of eyes as we progress forward toward the goal of effective education for all children of St. John. Education is the catalyst of any community and together we all can take part in changing generations. We hope for continued support from industry and community partners as we prepare students to become lifelong leaders and learners, which will make St. John thrive in greatness.”

In her role as deputy superintendent for Kansas City, Kansas Public Schools, Hookfin served 23,000 students. Prior to that, she served as assistant superintendent in the Office of School Transformation for Pittsburgh Public Schools where she was tasked with developing strategic plans and long-range goals to improve the school culture, instructional program and fiscal spending for campuses serving approximately 4,000 students.

Hookfin earned her doctorate in educational leadership from the University of Texas-Austin’s Cooperative Superintendency Program in 2018. She received a master of education in 2007 from Texas Southern University. She is also a 1994 graduate of Grambling State University.